Located in the woods east of Fort Hunter Mansion and Park near Harrisburg, and largely hidden from view, this small nineteenth century cemetery stands as a reminder of the long struggle for freedom and equality faced by generations of African Americans, both locally and throughout the nation. 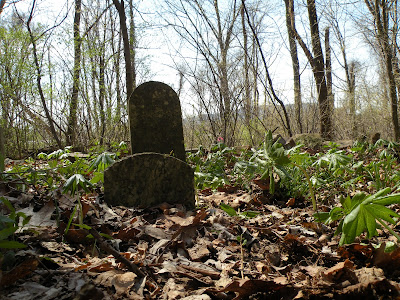 Once a part of the Fort Hunter estate, the cemetery is now on privately owned land. Buried there are the descendants of slaves who lived and worked at Fort Hunter from the late 1700s to the 1840s. At that time the wealthy McAllister family owned the property and operated a farm which included a tavern and distillery. Archibald McAllister, who owned the estate, was among the last slave owners in the area.

The Enslaved People at Fort Hunter

At least twenty-two slaves were owned by McAllister during his lifetime. Unfortunately, relatively little is known about them. Among the limited sources available are two advertisements that Archibald McAllister placed in local newspapers in 1828. Due to financial difficulties, McAllister offered his last four remaining slaves for sale. The text from these ads are as follows:

THE TIME OF COLORED PEOPLE

ADVERTISEMENT.﻿
RAN AWAY from the subscriber at Fort Hunter, six miles above Harrisburg on the 19th instant, a female slave, named Sall Crage,﻿ aged about 60. I hereby forewarn all persons from harboring her, and will pay $ 2 to any person who will deliver her to me at Fort Hunter.
Archibald M'Allister.
December 24, 1828.﻿


The first person described probably refers to Sall Craig (Crage), who ran away ten days after the original ad was placed. What happened to Sall is not known, but some of her family members remained in the area and are buried nearby at the cemetery. Sall was a slave for life, since she was born before March 1780, and had been the property of Archibald McAllister since at least the age of fourteen. The other three people would eventually gain their freedom upon reaching the age of 28.

(Pennsylvania was the first state to institute a law designed to gradually abolish slavery. According to this gradual emancipation law, anyone born into slavery after March 1, 1780 would be considered “free” while serving their master until age 28, when they would then be free to leave. Read more here.)﻿

Getting to the Cemetery

Walking to the cemetery from Fort Hunter Park takes about fifteen minutes. In order to reach it, one must head northeast along Fort Hunter Road all the way past Route 22/322. This involves walking through a tunnel underneath the highway and then following a dirt road to the southeast. Along the way, you will come across the McAllister cemetery, which has a stone wall surrounding it. Heading east from here, across railroad tracks and through a wooded area, you will find the Craig family cemetery. 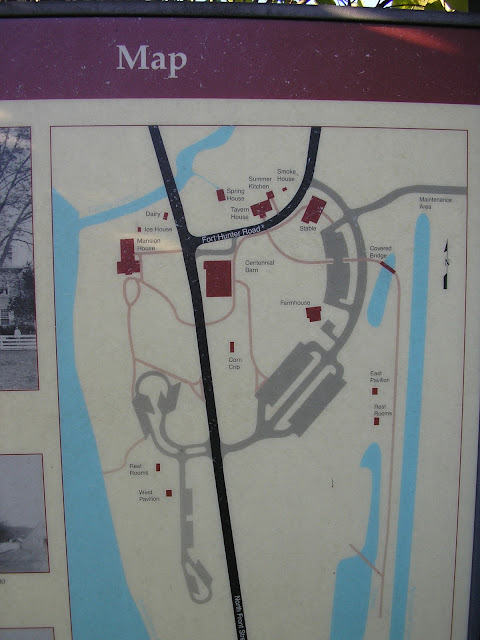 Before you begin walking, take a moment to look around and consider how this space would have appeared in the early nineteenth century. What is now a treasured public park with beautifully restored historic buildings was once a working farm where enslaved people lived and toiled. The area around the stable and tavern house is where much of the work necessary to power the farm was done over the years. Slaves as well as free laborers likely tended to horses, cooked meals, did laundry, and possibly assisted with the tavern and distillery operation. There were a number of outbuildings here in the 1800s, with a handful still standing. The McAllister family home was the Federal style mansion located across Front Street along the river, which is now open as a museum. 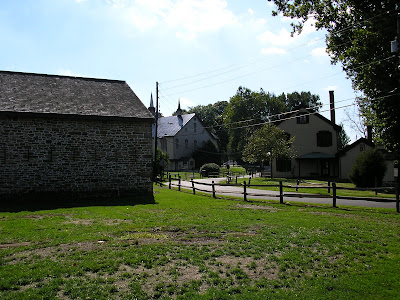 After proceeding through the tunnel, continue along the dirt road until a stone wall is visible to your left. This is the McAllister family cemetery. 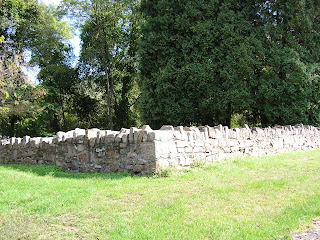 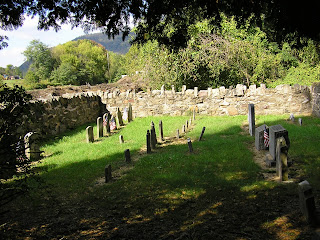 Buried here is the owner of the Fort Hunter estate, Archibald McAllister, his second wife Elizabeth, and other relatives. Archibald bought the property in 1787 after having served as a Captain in the Revolutionary War. He and Elizabeth had six children, one of whom, John Carson McAllister, is also buried here. The McAllister family owned Fort Hunter until 1870, when it was sold at public auction to Daniel Dick Boas of Harrisburg.

﻿Finding the African American cemetery can be difficult. It lies across the railroad tracks in a thickly wooded area. 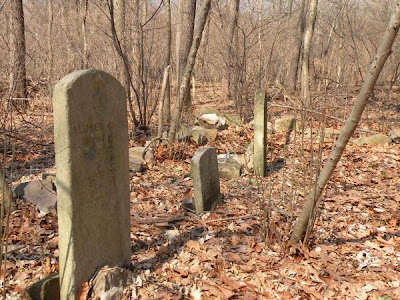 Many are unaware that this site exists. The burials all took place in the nineteenth century, with the dates on the stones ranging from 1863 to 1899. Four out of the five people identified here by their tombstones are members of the Craig family. They are most likely the relatives of Sall Craig, the slave who ran away in 1828. Other members of the family, including James, Eliza, and Lucy Craig, were also slaves at Fort Hunter.


The people buried in this cemetery are not confirmed to have ever been slaves, though it is likely that Andrew Craig, born in 1795, was registered as a slave until age 28. Andrew's son Leonard P. Craig recalled that his father "was bound out to a man by the name of Carson McCallister [sic] and worked on the farm until he was 21, when he continued to do farm work," adding that it was Mr. McAllister who "gave a plot of land for burial purposes to my father." Leonard served in the 2nd U.S. Colored Cavalry during the Civil War and went on to become quite successful as a local railroad foreman.

Andrew and his wife Rachel are buried here as well as their grandson Andrew E. Craig and daughter-in-law Amelia (Leonard's son and first wife). George Washington Pratt is the only person whose gravestone does not bear the Craig family name. According to his tombstone, he was killed by a train when he was eight years old.

Two of the graves are unmarked. One stone has no markings and the other is a base without a stone. These are probably the final resting places of Cyrus Craig and John Craig, two of Andrew and Rachel’s children. 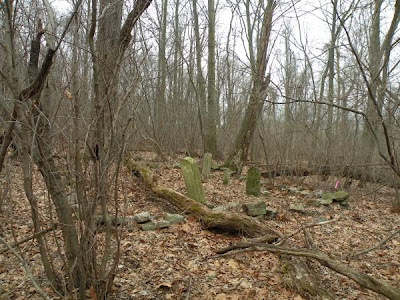 A diagram of the cemetery can be viewed here.

The cemeteries at Fort Hunter follow a somewhat similar pattern to those on some southern plantations. Slaves and their owners were often buried in separate areas, with the slave cemetery in a more remote and overgrown location, such as this one. The people in this cemetery are all buried facing east, which was a common nineteenth century African American burial practice.

It is possible that there are other unmarked graves nearby. A recently discovered newspaper clipping from around 1950 reports on the Craig family cemetery and notes that local residents "remember an old slave cemetery adjacent to this tiny graveyard in which the graves were marked by the names, 'Tom,' 'Daniel,' etc., cut into rough field stone rocks strewn naturally about the terrain," though searches at the time failed to locate the stones that may have been lost due to the expansion of the railroad. 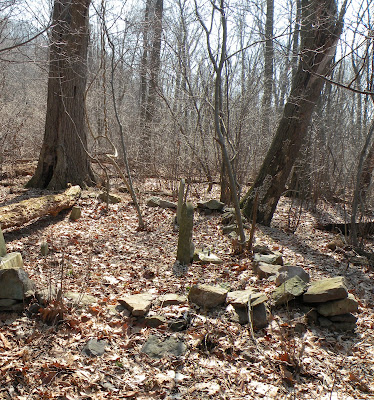 While African Americans are an important part of Fort Hunter's history, having lived and toiled there for decades, it is not always obvious. This cemetery, hidden from view due to its remote location and considerable overgrowth, remains a clear and unmistakable physical link to their difficult past experiences.